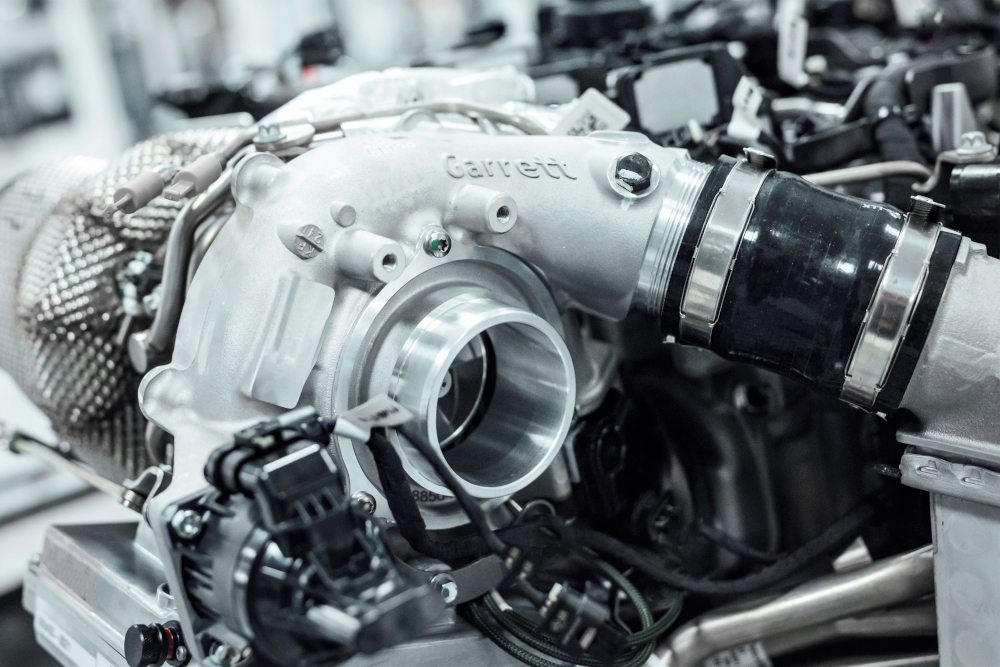 Like many big-name inventions, the turbo wasn’t originally designed merely to be a staple of the modern performance car. With its roots in aviation, re-purposed for commercial vehicles, the turbo eventually found a home in the everyday car. Garrett, the company named after and founded by the turbo’s original designer tells us that the evolution is not over.

Garrett Advancing Motion boast that they have 60 years of turbo technology leadership. Paul Carlsson, from their APAC division certainly agrees. 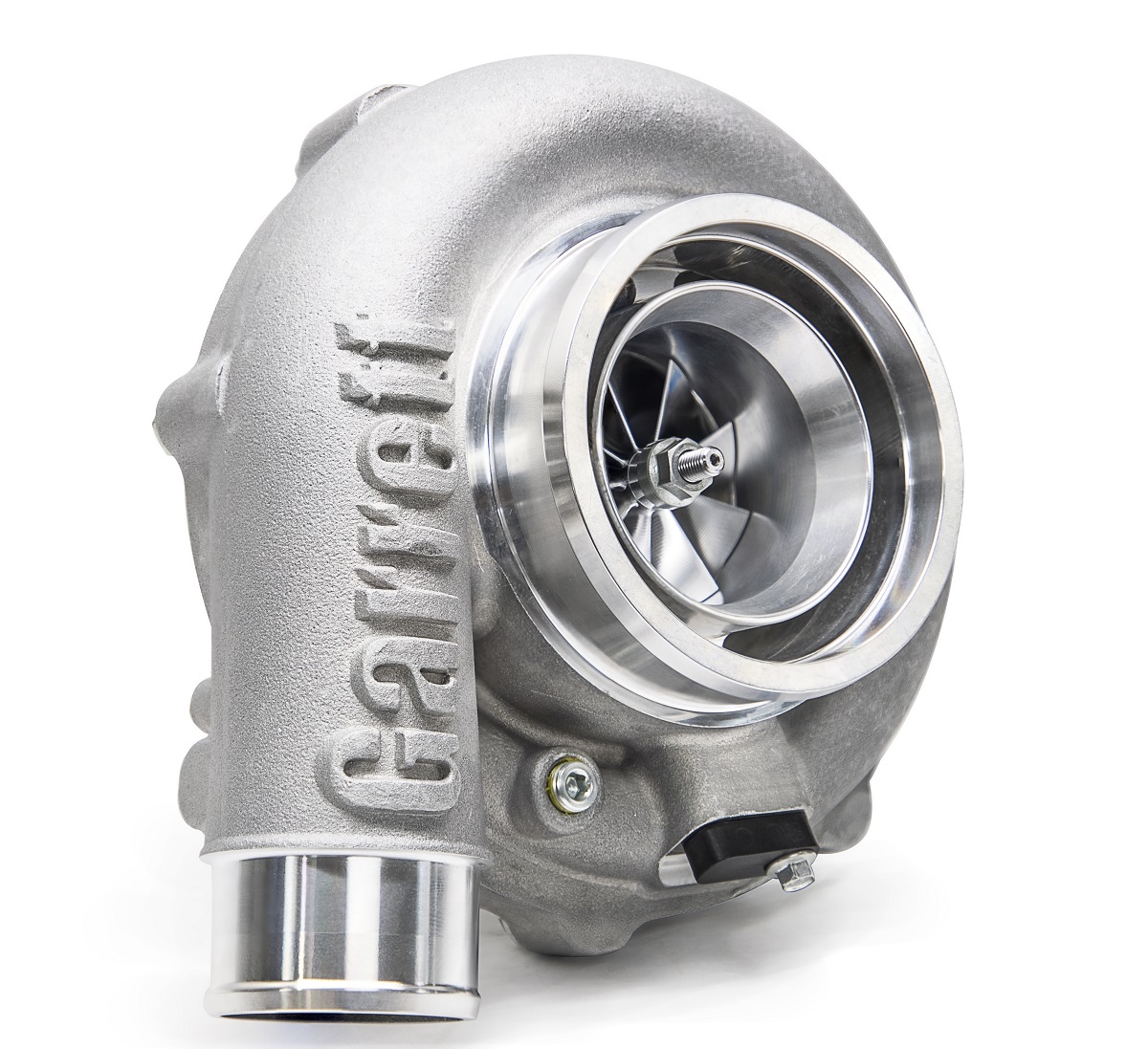 John Garrett, the company’s namesake developed the first turbo charger so to speak. It was used as an altitude compensator. As the air became thinner in higher altitudes, the turbo pressurised the air to make it more solid.

The story of the future for Garrett doesn’t stray too far from the core concept of aerodynamics, at the pinnacle of motorsports. Formula One.

“Where we are in terms of cutting edge technology is the E-Turbo,” Carlsson told us, “all this technology comes from Formula One’s of course.” 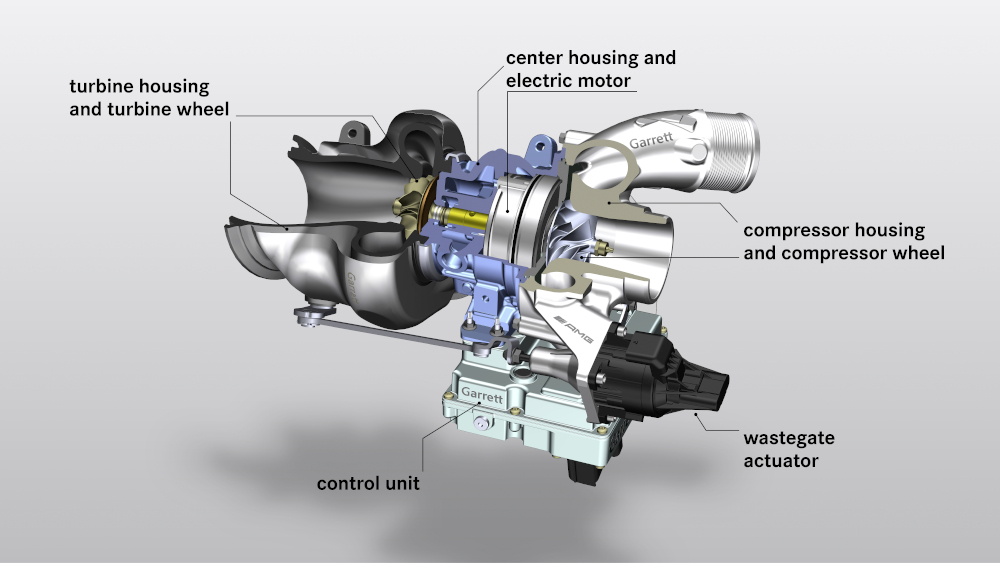 Not a bad place to bench test new prospective technology . Garrett’s relationship with Formula One is not a fleeting one. They have been supplying Scuderia Ferrari for almost 16 years. They’ve supplied parts for a podium placed Le Mans team every year for 21 years. Carlsson sees this as one of the reasons they are market leaders.

““We’ve got a lot of interest in the motorsport, as that’s where we test our technology, and we bring it to the road.”

For Carlsson however, it’s not the dizzying heights of the multi-million-dollar race teams and drivers that pique his interest for the e-turbo, but rather the application for the aftermarket scene.

“The question I’m always asking is when are we going to get this for the aftermarket,” Carlsson said, “drag cars, it’s not going to make any difference, but we’re talking circuit vehicles.”

Carlsson explains some of the complexities with respect to the aspect-ratio, effectively the size of the housing. It affects the turbo’s spool up time, which without giving an engineering lecture, means the bigger AR = larger spool up time = turbo lag. The e-turbo effectively eliminates that lag, giving you power quickly out of corners, but more horsepower/airflow for the main straight by allowing you to keep that bigger AR. Motorsport level engineering for your everyday hobby racer and driver.

Garrett, while pioneers in the turbo space, are also exploring the future of the way we drive. The future of motoring involves the high-tech self-driving and smart car concept. With complex computers and communication set to increase, security is a risk.

“[The cars] are all talking and have connectivity with outside sources,” Carlsson said, “this means they are able to be hacked.”

Much like their turbo division, the cyber side is built on the back of civil and defence aviation.

“There was a lot of both commercial and defence aircraft that already have our systems running on them for cyber security and cyber-attacks.”

With aviation underpinning their innovative achievements, Garrett continue to soar high in research and development. They do this in relative anonymity, a name that doesn’t bare much recognition to the everyday motorist or revhead. And yet the decades of Le Mans fans, followers of Scuderia Ferrari, through to the 2.0L TDI Golf driver have Garrett to thank.